[MSI] T1, 2 sets, which were introduced in Hanta, are also overpowered by G2 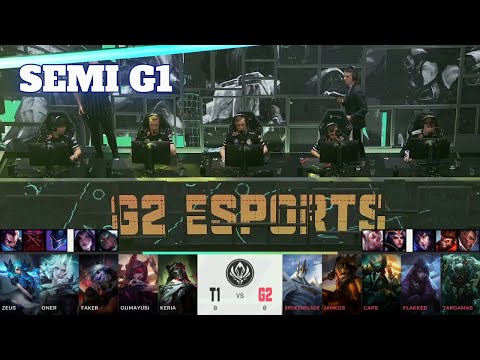 At the beginning of the second set, Lishin of 'owner' Moon Hyun-joon and Kerry Ryu Min-seok's Nautilus stabbed the mid-line and cut off the Ari of 'CAPS' Rasmus Vinter.

The T1 succeeded in backing up on the bottom line, starting with Lisin, and the LeBlanc of 'Faker' Lee Sang-hyuk succeeded in winning the bottom roaming. The T1 continued to acquire objects and demolition towers, while the G2 only exchanged kills in subsequent engagement.

In the battle held in the front yard of the Baron, the T1 broke his opponent first, taking Hanta to victory, and earning Baron. Later, based on the overwhelming growth, he demolished the tower and mid-suppressor, and won the two sets in the fight against the bottom suppressor.